×
Help Transplanting Traditions win $100,000! Only 10 days left to vote for us as a Gold Futures Finalist (and it's really easy).
Vote 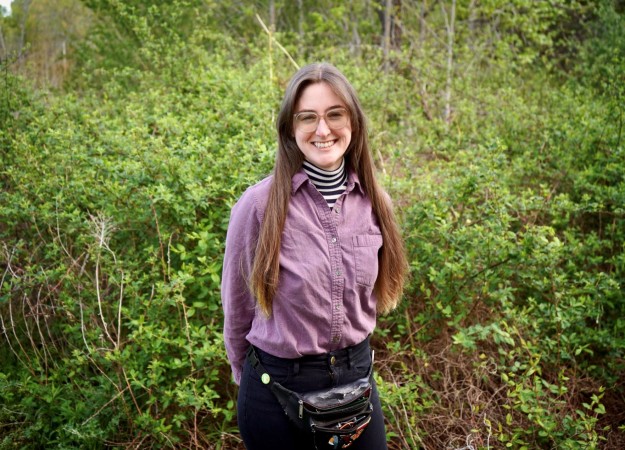 Ayn moved to NC in elementary school and grew up around Wake County. She began farming in 2010 with her first sustainable agriculture internship, growing produce through the winter for a small CSA. For the next six years she hopped from farm to farm cultivating her skills for organic fruit and vegetable production. During this time she also worked as an outdoor educator and a baker, dreaming of a way to join together her passions for growing, teaching, and food. In 2017 she completed a year of service with FoodCorps in Rocky Mount NC, where she taught garden-based education with food-insecure elementary students. She spent the next five years managing community-based agriculture education programs in the Raleigh-Durham area before joining the TTCF team in April 2022. When she’s not tending her garden, you can find Ayn baking vegan treats, roller skating, or curled up on the couch with her dogs.

Britany is a native of Durham, NC. Her upbringing was influenced by community and non-profit work. Britany was introduced to African American culture and dance by her mother, a founding member of The African American Dance Ensemble (AADE), a 501(c)(3) non-profit organization. Working and dancing with AADE, she learned the importance of giving back to the community and sharing cultures. Post graduating high school, Britany attended Bennett College for Women in Greensboro, NC. In 2013, she completed her first year as an AmeriCorps Public Ally and earned more experience working with The Arts-Center in Carrboro, NC. Britany has many certifications and post-education classes in non-profit sector work, including a Non-Profit Management Certificate from Duke University in Durham, NC. She strives to continue to work in the community and bring inspiration and hope to those in need.

Ellen was born in South Korea and was adopted into a New England family where she grew to love the mountains of Vermont and the coasts of Maine. She attended Old Dominion University to earn her BA in International Studies and established her career in marketing and communications for start-up technology companies in northern Virginia. Ellen switched to the nonprofit sector where she found her passion in global health and then went on to earn her Master of Public Health (2018) from Eastern Virginia Medical School. Ellen is thrilled to volunteer at TTCF. Her motivation is driven by the desire to help develop dependable livelihoods for the refugee population and explore new social enterprise opportunities to support the long-term sustainability of TTCF. Ellen enjoys traveling with her partner, Buzz, spending time with her family and friends, volunteering with local nonprofits, hiking, and eating delicious farm-to-table food.

Eh Tha Yooi Lee was born in Ratchaburi, Thailand and lived in Tham Hin Refugee Camp for 7 years before moving to the US in 2007. Her family first settled in Georgia then moved to Ithaca New York later in the year. Eh Tha Yooi graduated in May of 2022 with a BS in Science. After graduation, she moved to Chapel Hill, NC to work at TTCF as the Americorp VISTA Equity & Outreach Coordinator. She will be working to increase the accessibility of fundraising and communications tools and systems for refugee staff, volunteers and participants. In her free time, Eh Tha Yooi likes to make TikToks and take care of her cousins. She is also very into painting her nails and creating little booklets. 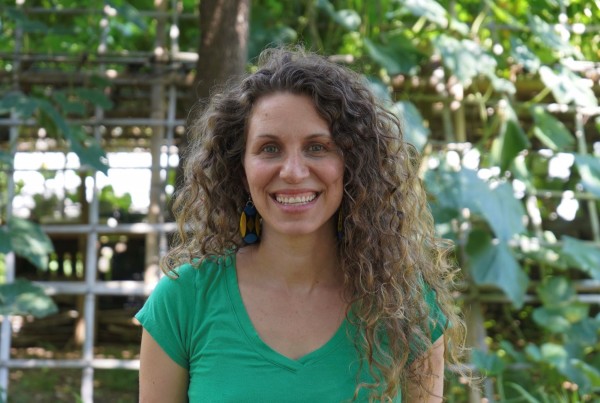 Elly, a North Carolina native, has a BA in Sociology from the University of Colorado, and a MA in Regional Planning from Pratt Institute. Elly began working with agricultural communities in Latin America.  As the Executive Director of Un Mundo, a grassroots organization based in rural Honduras, for 8 years Elly led the organization from incubation to a robust regional initiative offering educational, health and economic development programs.  In 2015, she relocated back to NC and stepped into the role of Executive Director at Benevolence Farm, guiding the organization to successfully launch as a residential and agricultural social enterprise program serving formerly incarcerated women. Elly has been involved with TTCF since 2015, initially as a member of the advisory board and later serving on the first TTCF Board of Directors. Outside of work, Elly spends most of her time hiking, biking and dancing with her husband Elias and her daughter, Micaela.

Ree Ree was born in a refugee camp in Thailand and resettled to the USA in 2006 with her family. Ree Ree studied Community and Justice Studies and Forced Migration and Resettlement Studies at Guilford College. She is passionate about immigration justice, cultural food access, uplifting community voice, and community service. Her passion was born out of her lived experiences and desire to keep the Karen traditions alive along with ethnic minority groups in Burma. She has been involved with TTCF alongside her parents Zar Ree and Lion Wei, who are CSA farmers, since 2012 and became the Youth Program Coordinator after graduating from high school. Ree Ree now serves as the incoming Executive Director to lead the organization. In her free time, Ree Ree makes pottery, paints, spends time with her niece and nephews, and watches crime shows. 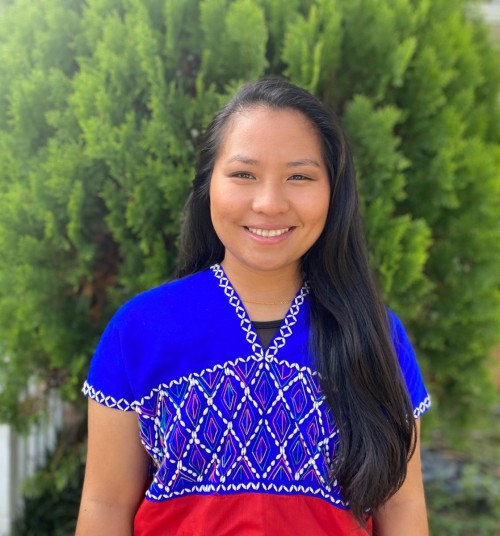 Julia was born in NohPoe Refugee Camp at the border of Burma and Thailand and lived there for 12 years before moving to the United State and settling in Chapel Hill, North Carolina in 2009. Julia started working with the Karen Community in 2021 at RCP and she started working with TTCF in March 2022. She loves engaging with nature and loves the feeling of being out and enjoying the sunlight. During her free time she loves to go on a hike, to go fishing just to play with water and she also likes to watch comedy shows.

Kat Htoo was born in Umpiem refugee camp in Thailand. When he turned 6 years old, he immigrated to the United States with his family. Growing up in Chapel Hill, North Carolina, Kat was always part of the farm because of his parents. His parents were farmers when they first resettled to the U.S. Kat first joined TTCF as a youth during his sophomore year of high school and a year later he became the Youth and Children Program Assistant at TTCF. In his free time he likes to cut hair, he wants to go to barber school after high school. Kelly began working in sustainable agriculture in 2005 after graduating from UNC-CH with a degree in cultural studies. She worked on eight vegetable and flower farms in N.C. before shifting her work towards community development and founding Transplanting Traditions Community Farm in 2010. She is particularly interested in how Transplanting Traditions is a platform to generate income, uplift and share cultural traditions around farming and food, foster community and provide a space for the refugee community from Burma to recreate home after the upheaval of re-settlement. Kelly was raised in western N.C. and has lived in N.C. her entire life.  Outside of Transplanting Traditions, she studies herbalism, gardens and loves building, cooking and creating.

Paw Moo grew up in Burma, and moved to the U.S. in 2006. She loves being Greenhouse Manager because she gets to help TTCF staff and other farmers by getting seeds and plants ready for them. She enjoys watering and taking care of the seedlings. She gets to work outside on beautiful days, and inside the greenhouse when it’s not so nice out. Sometimes her father, mother, husband, and niece come to the farm to visit and to help. She did not grow up farming, so she has learned all her farming skills at TTCF. In addition to working full-time at UNC and being greenhouse manager, she grows traditional Asian crops for the Share a Share program. Her favorite thing to grow is spicy peppers. She loves them most when they're very hot! Her friend gave her some special seeds and they are the best that she has found. 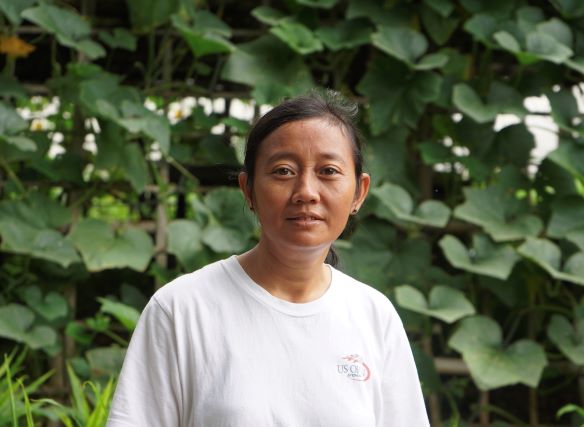 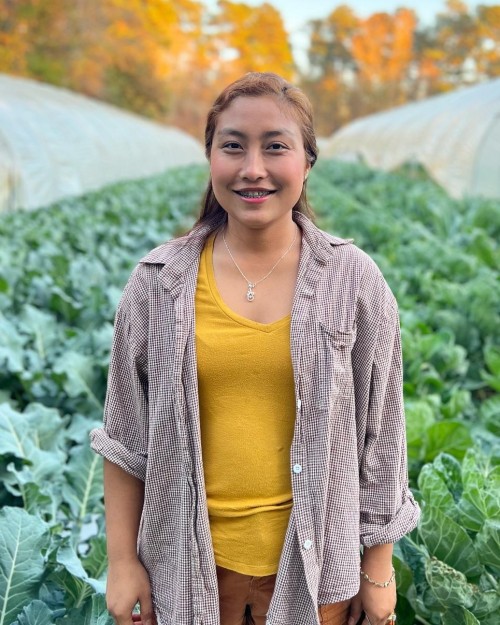 Paw Paw Wei was born in Burma and lived in Thailand/Burma border for 9 years in the Refugee in Thai Him Camp before moving to the U.S in 2006.  She grew up in the Chapel Hill and Carrboro area since she came. She supports TTCF in leadership development and back in her youth she was part of FYI youth in Food Justice. She loves the triangle since it is a mix of city, forest, and farming life which allows to enjoy all of them without having to travel far. Her passion in life is to help the refugee family or people in need. She loves to cook for her family and enjoys cooking to help her cop. In her free time, she likes to take mini trips to museums with her kids to travel around many states and have her grandmother along to show her around the state.

Tah Htu grew up as a child of farmers in a village in Burma and then became a farmer himself. He and his family lived in Thailand for nine years before coming to the U.S. in 2006. At TTCF, Tah Htu manages the farm landscape, mowing and trimming the farm common areas and outside field edges. He also helps his wife, CSA farmer Ha Na, with all aspects of their farm business, including prepping beds and transplanting as well as harvesting, washing and packing vegetables for the CSA. Tah Htu loves farming and says it is a part of who he is. In addition to working at the farm, Tah Htu works full time on the housekeeping staff at UNC. In his free time he loves to cook using the vegetables he grows, especially in curries and soups. He also enjoys spending time with his children and his five grandchildren. 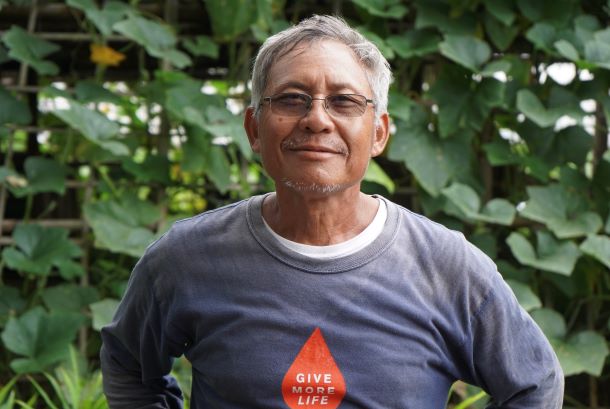 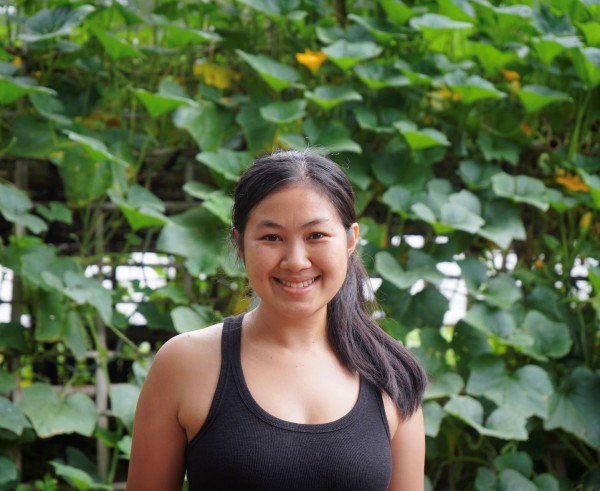 Tha Dah Wah has always been inspired by her mom, CSA farmer Tri Sa, and her farming. Growing up in a refugee camp in Thailand, there was not a lot for her to do besides going to school. She helped her family with watering the plants, weeding, and harvesting vegetables in their small garden there. Dah Wah was born in Thailand and lived in the refugee camp for 12 years before moving to the U.S. in 2007. She manages her mom’s CSA packing, selling at farmers market and record keeping. When not working on the field, Tha Dah enjoys traveling, hiking, and taking pictures. In 2020, she became the Program Photographer for Transplanting Traditions and in 2021, Dah Wah became the Farm and Education Coordinator.